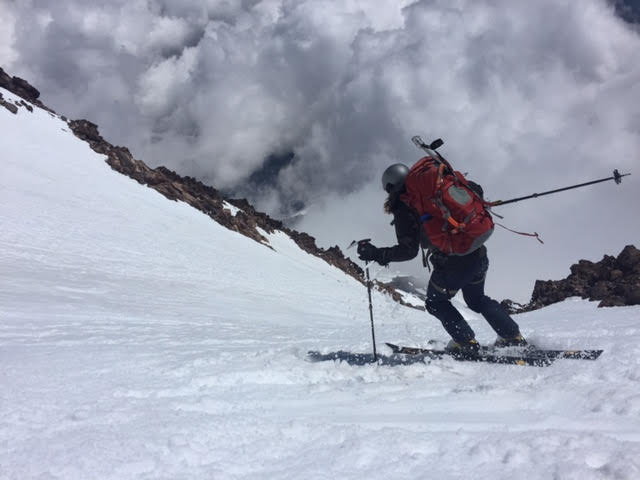 I was ski touring on the Mount Whitney massif in the Sierra Nevada with 2 friends when I took a wrong step and blew my ACL and meniscus. We were only a couple miles from the trailhead so we were able to three legged race and build a rescue sled to get me back to the car and eventually the operating room in Mammoth Lakes, CA. I’ve worked variously in the ski industry and now just keep myself sane through grad school by ski mountaineering as much as possible. Obviously a tear to my ACL and meniscus was a large blow to my ability to do my passion. After surgery I also had horrendous nerve pain running down my shin (like sticking my shin in boiling water) to the point that I could be brought to tears by trying to bend my leg. I went to a few different physical therapists and none were successful. On week 6 of recovery I found Chris Butler and after two weeks of seeing him (and doing my exercises!) my nerve pain was significantly diminished and my flexibility had significantly improved. Chris read about my case, answered all my questions, and developed exercises specific to my sport. And remarkably in just 18 weeks post op my doctor released me for full activity and I was climbing and skiing off the top of 14,179 ft Mount Shasta On July 3rd. Chris was kind and knowledgeable and I would recommended any athlete to see Chris!